Various trails around Lake Frank and the Meadowside Nature Center in Derwood are identified in Google maps.  Google has them denoted as paved trails, including the segments I’ve highlighted in blue:

Lake Frank and Meadowside trails, with questionable segments in blue

Is the blue portion really paved?  Last time I hiked it it wasn’t.  The official trail map (as of August 2012) also says it isn’t: 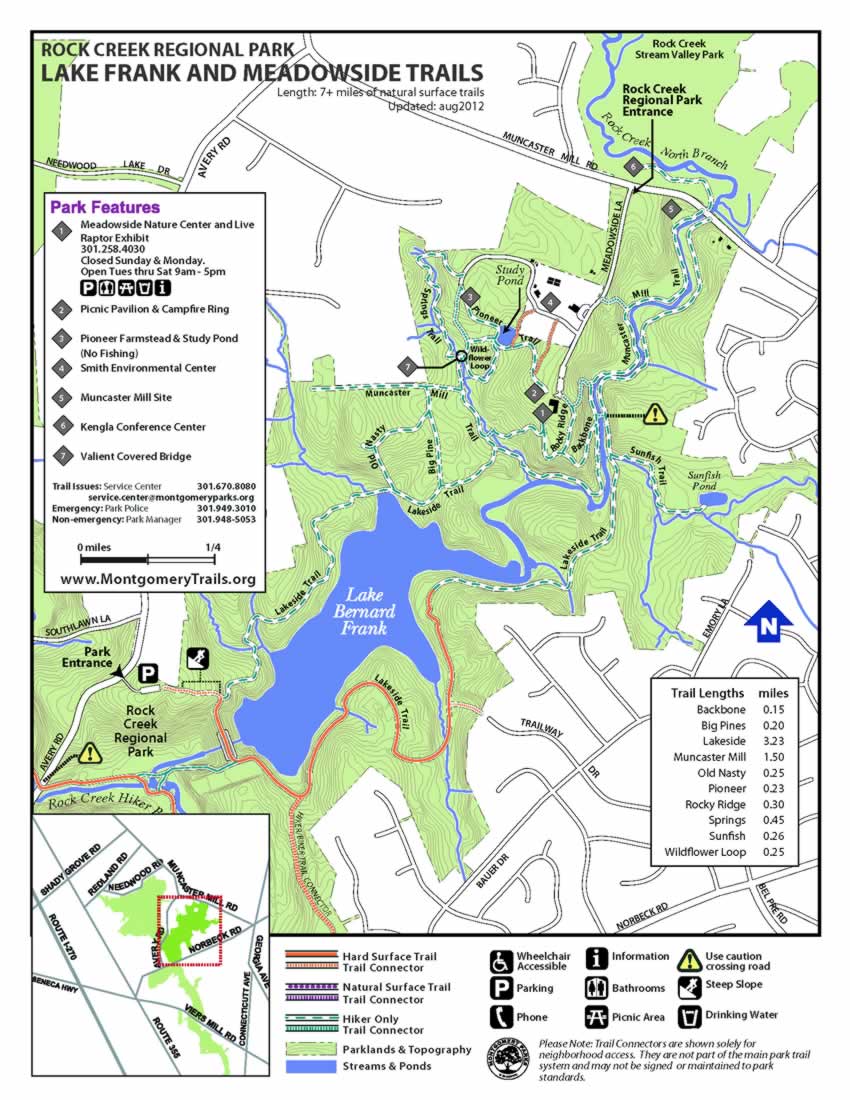 So it appears that Google Maps has some trail mistakes.  What is their policy as far as showing natural surface trails?  This trail isn’t merely unpaved.  It’s a narrow and bumpy natural surface trail.  Showing it on a map would only confuse cyclists.  (Natural surface is not the same thing as unpaved; some crushed stone trails such as the Georgetown Branch Trail and C&O Canal Towpath are considered to be hard surface trails).

The new paved trail that we call the Lake Frank Trail (or Lake Frank Trail connector) IS correctly shown on Google’s map, thanks to Monte Fisher who asked Google to add it (from point A to point B on this map).  But Google ignores it when generating directions for some reason.

One Response to “Google maps: only as good as its user input”