The planned North Branch Hiker-Biker Trail will zig-zag north from Lake Frank nearly five miles to finish within kissing distance of Olney.  The Montgomery County Parks Department will construct the trail under the ICC and a bit further north, where it will connect to a trail to be built by private developers. I’ve created an annotated map based on information from MoParks and documents filed by the developers with the County, shown below (version with notes is here):

Below are the routes of our seven North Branch Trail exploratory hikes (all shown in blue):

Below is the Parks Department’s map of their proposed trail route (shown in red), excluding the portion to be built by the developer: 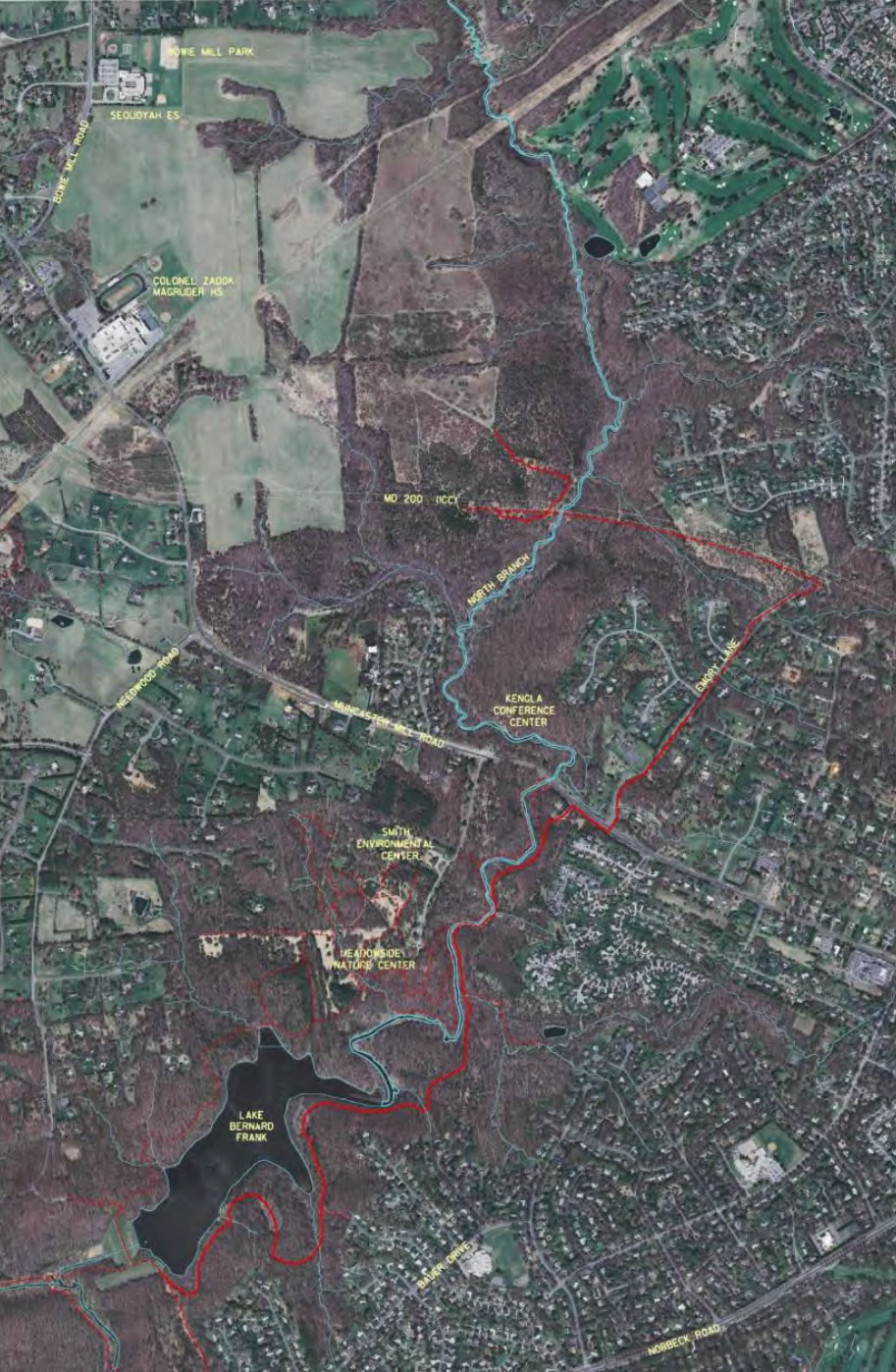 A map of the planned developer trail appears later in this post.

Information about MoParks’ trail project can be found here, especially this nice slide presentation (8 MB) that was shown at the public meeting in September 2012. Longtime Lake Frank visitors are especially happy because the project will finally remove the long-unused decrepit parking lots and closed roads on the south side of the lake, replacing them with a paved path and indigenous plantings: 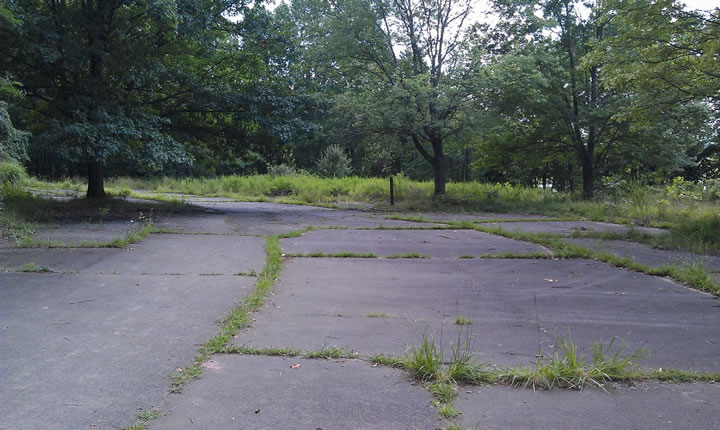 Crumbling parking lots by Lake Frank to be removed

At the September meeting, a neighborhood resident pointed out the need for more trail parking, in addition to the new lot going in on Muncaster Mill Road, because otherwise people will continue to park on narrow Trailway Drive (which apparently sometimes gets out of hand). I agree there should be more parking access; I’ve shown three alternatives on my map.

The new trail will follow the existing natural surface hiker trail (the eastern part of which is a WSSC access road) that runs from Lake Frank along the east side of the North Branch of Rock Creek (hence the name of the project) up to Muncaster Mill Road.  Here are shots of the existing trail:

The new proposed (paved) North Branch Trail will diverge from the existing (currently dirt) trail alignment to connect to a trailhead parking lot to be built at the site of a former residence just east of the existing trail, which can be seen in this aerial shot.  MoPark’s initial design shows the trail skirting the northeast side of the parking lot and then crossing the driveway to head southeast toward Emory Lane; I’ve suggested it will be safer to have the trail skirt the southeast side of the lot, so hikers and riders will not have to cross the driveway.

The trail will run east along Muncaster Mill Road briefly, to cross at Emory Lane, likely with a button-triggered traffic light. A new sidepath will be built along the east side of Emory, to connect to the existing Emory sidepath at Holly Ridge Road: 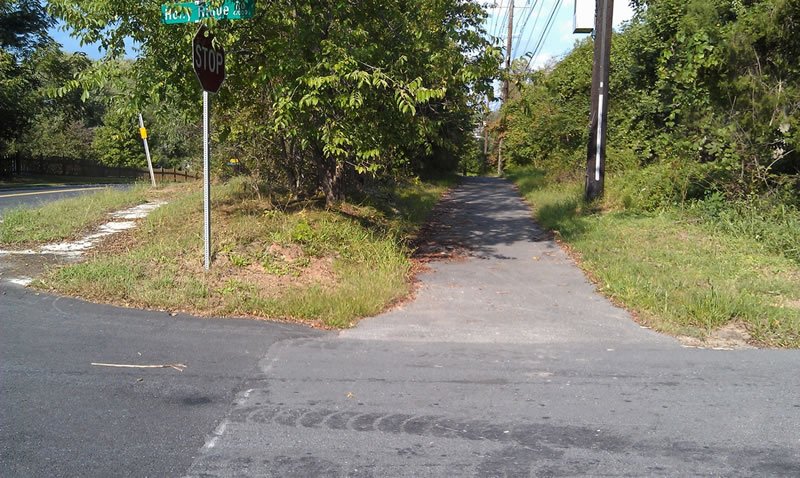 From the Emory sidepath, trail users can get onto the ICC trail heading west (by taking the underpass path on their right) or east (by staying on the sidepath). Going west, the ICC trail crosses a bridge over the Rock Creek North Branch, at which point the new path will swing down and pass under the bridge: 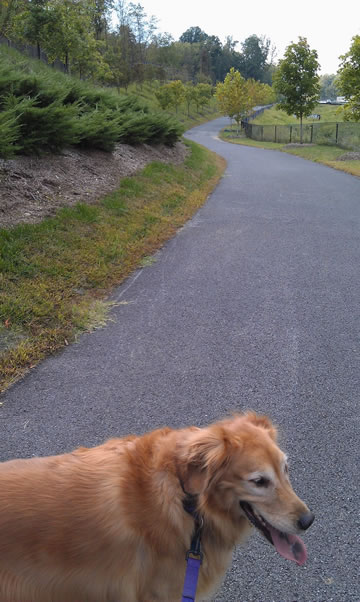 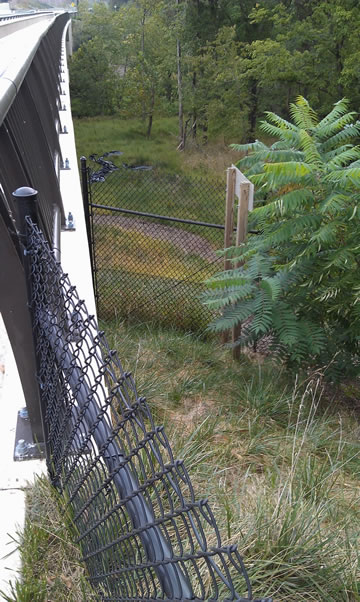 MoParks’ part of the project terminates at a trail to be constructed by the developers of The Preserve at Rock Creek.  I extracted the site plan and highlighted the hike-bike trail:

The route the path will take will be quite lovely: 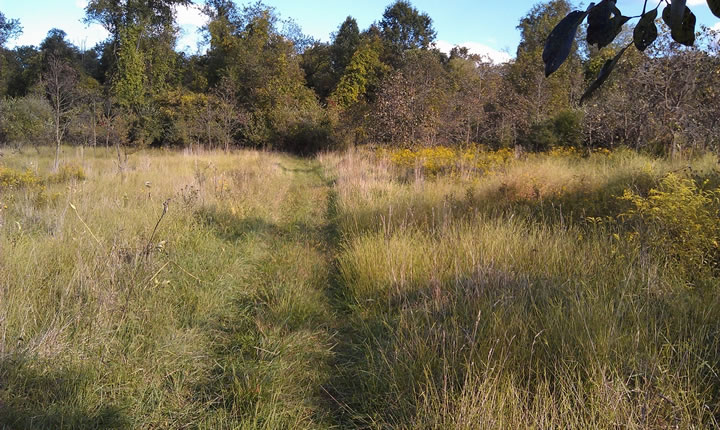 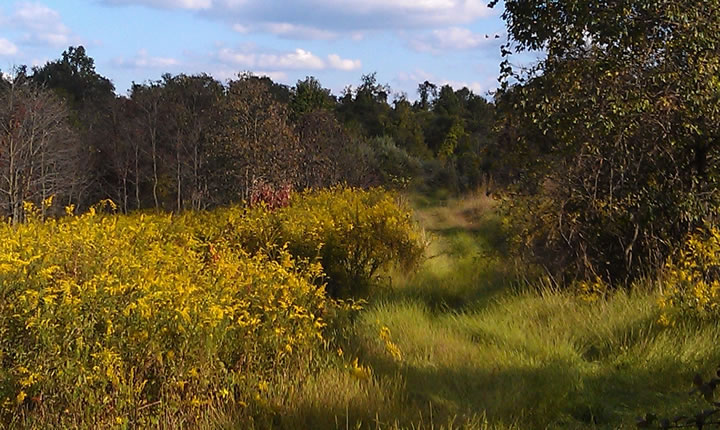 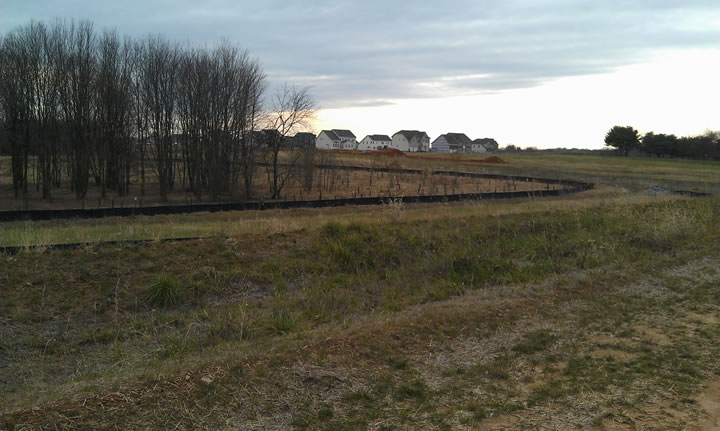 This plan shows the area where new trees have been or will be planted (called “afforestation”): 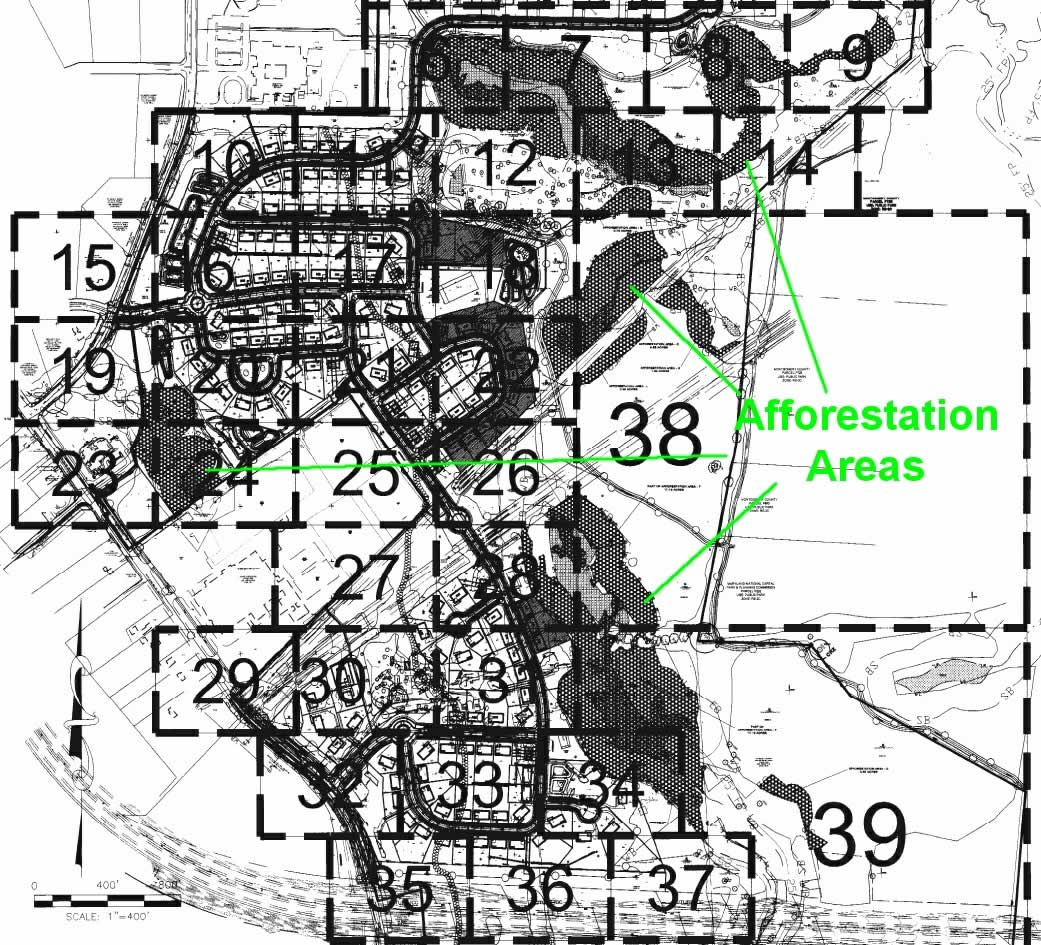 Much of the land east of the new trail is private but is being “dedicated” to the County to become part of Rock Creek Regional Park.

Finally, the trail will run up to the woods at the edge of the parkland, and just… stop: 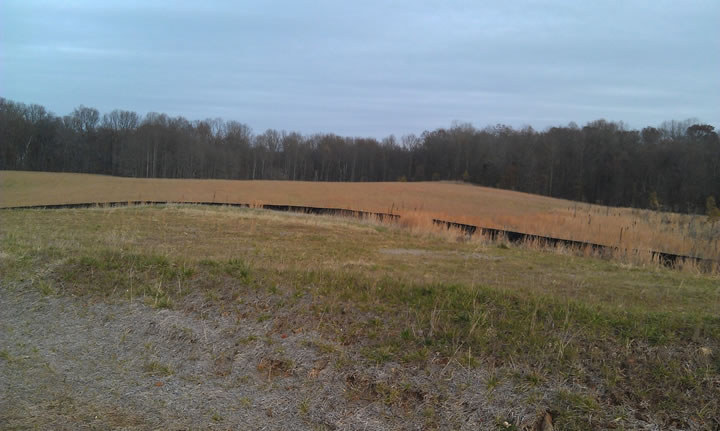 Where the developer trail will terminate short of Olney

This is a shame, in my opinion, because by just jumping across the Creek and connecting to one of the residential streets on the other side (Kirk Lane or Ridge Rd), the trail would allow cyclists access to Olney and points beyond. Without such a connection, the only way for cyclists to get from the trail to Olney (and vice versa) is by riding on Bowie Mill Road, a very scary prospect for most riders (it’s a hilly, narrow, and winding 2-lane road with no shoulders and speeding cars). Were MoParks to add just 0.15-to-0.3 mile of trail to cross Rock Creek and connect to one of the roads there (as shown on my map above), the North Branch Trail would become a vastly more useful resource for the County and its cyclists. Also, that area of the Park is very nice, though the only pictures I have were taken in winter: 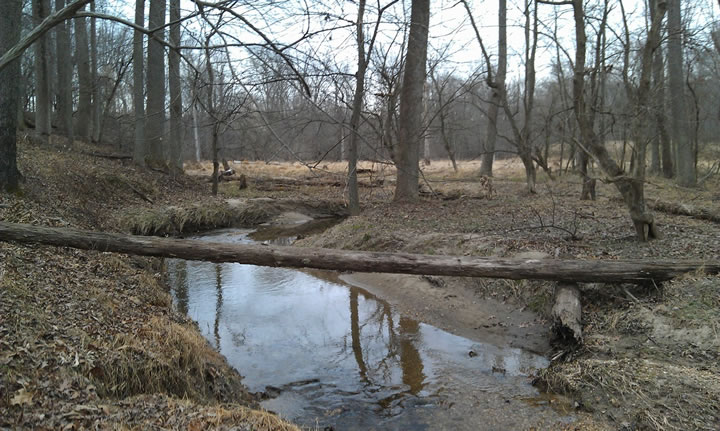 A trail crossing is needed here

You can see many more pictures of my sojourns for this project on my webpage.