According to Monte Fisher’s website, the Fishers Lane trail in the Twinbrook area is moving forward.  This came from M-NCPPC in March 2015:

JBG received bids from contractors on this project. Parks staff met with JBG representatives and went over the bids together two weeks ago. We agreed on the implementation strategy and JBG is working with the low bidder to clarify certain bid items. Hopefully they can finalize the contract soon. In the meantime, JBG and the Commission need to enter into an agreement to build the trail. We hope the construction can start this summer to take full advantage of the prime grading/construction season.

The developer JBG has been supportive and proactive on this project.  While the company is required to make area improvements as part of its construction of the NIAID building on Fishers Lane, the trail project had to pass muster with M-NCPPC and other agencies, not a sure thing without developer support.

The diagram below shows the Fishers Lane trail alignment.  The trail will end at the approach to the Rock Creek Trail bridge over Veirs Mill Road. 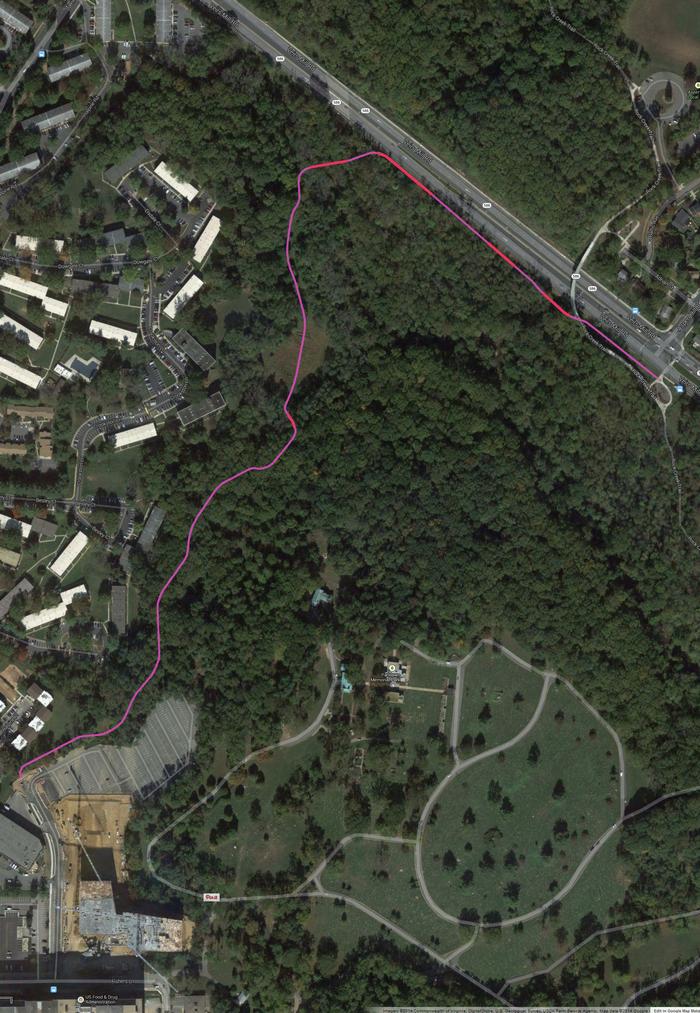 The official name seems to be the Parklawn North Trail, but since it connects to Fishers Lane and not Parklawn Drive, we’re calling it the Fishers Lane trail.  The name is unrelated to Monte Fisher, but since he’s the number one supporter of the trail, it’s a nice coincidence!