The ICC Trail is supposed to follow along Needwood Road, as shown below (click for larger map).  Needwood Road is the westernmost pink line and connects Shady Grove Metro station to the ICC (and then to Muncaster Mill Road).  Only a short section of the Needwood Road path exists at this time.

Here is a citizen request sent to MCDOT in July:

MCDOT’s response basically states that it will take at least five years, and that’s only if the County Council approves their request for funding:

Preliminary field investigation showed that Needwood Road has complications related to limited right-of-way, topography, mature vegetation, utility poles located in close proximity to the pavement edge and other complications that will require detail design engineering.  As such, the Department is requesting funding for the design of a new eight-foot wide shared use path along the south side of Needwood Road, a distance of approximately 0.8 miles, between Equestrian Lane and Muncaster Mill Road (MD 115) in order to provide a safe and continuous pedestrian and bike connection to the Shady Grove Metro Station, Colonel Zadok Magruder High School, the ICC Shared Use Path, Rock Creek Trail, future North Branch Trail, and Rock Creek Regional Park (Lake Needwood)…  This project will compete for funding against existing projects as well as other new projects.  The County Executive’s proposed FY13-18 budget will be presented on January 5, 2012 to the County Council at which time the public will have an opportunity to review and provide feedback.

MCDOT’s response went on to predict that project design would happen in 2013-2014 and construction in 2015 under the best scenario.

This proposal would result in a path along the eastern half of Needwood Road where there is nothing, but would leave the western portion with just a sidewalk, so we’ll need to keep pushing.  MoBike will need your support during the budget process for this project and many others!

Now is a good time to write to the County Council to ask for this path (instead of waiting til budget time).  Their contact info is here.

One more thing: We’ve lobbied the state to allow bicycling on the ICC shoulders, which isn’t as difficult as it sounds.  MDTA denied our  first request to allow shoulder use, and then denied our second request which responded to their concerns.

In the mean time we’ll have this: 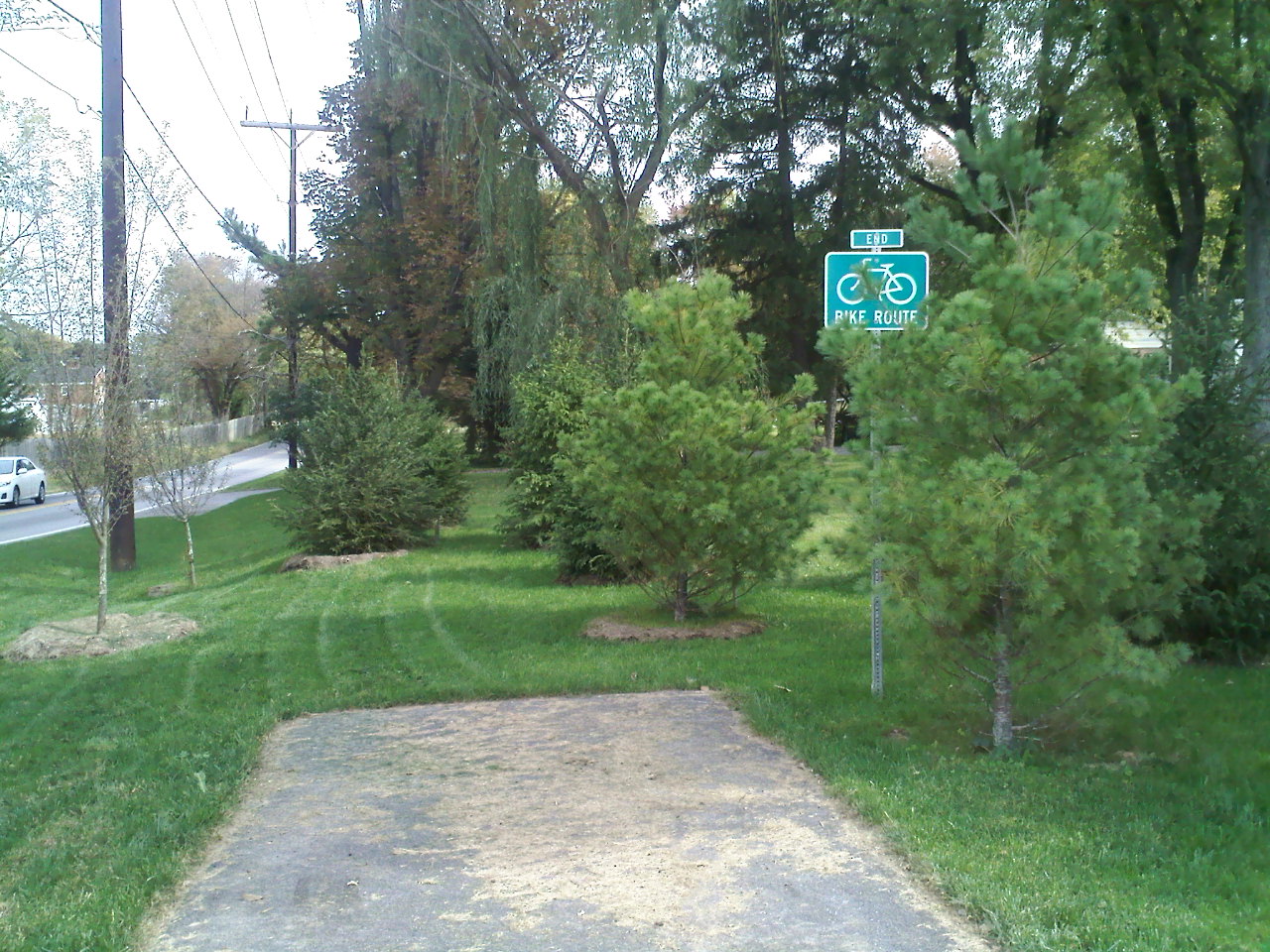 End of the ICC path at Needwood Road