The Lake Frank trail connector is almost done!  [June 25th update: It IS done].  It will connect the Rock Creek Trail (north of Rt. 28) to Lake Frank in Derwood.  The paved trail was planned for years but just as it was about to be built, some residents in a nearby neighborhood launched an opposition campaign.  They insisted on an alternative route where the trail would be further from their homes but much more expensive and environmentally impactive to build.  Fortunately logic prevailed and the trail was approved for construction in the planned location.

The trail will eventually be the southernmost segment of the Lake Frank Trail which will follow along the east side of the lake to the Meadowside Nature Center.  Some of this longer trail exists as old unused driveways and parking lots.   North of the nature center the trail will become the North Branch Trail and will cross the ICC to terminate at Rt. 108 west of Olney (the exact alignment is TBD).  There is no time frame for when this will all be built.  There’s a small map here, plus audio! 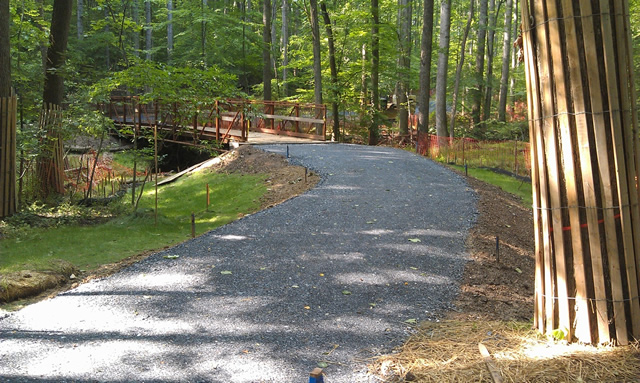 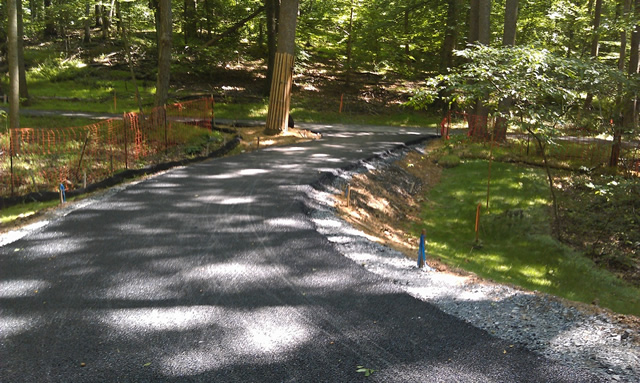 Construction even more nearly complete (as of June 9, 2012) 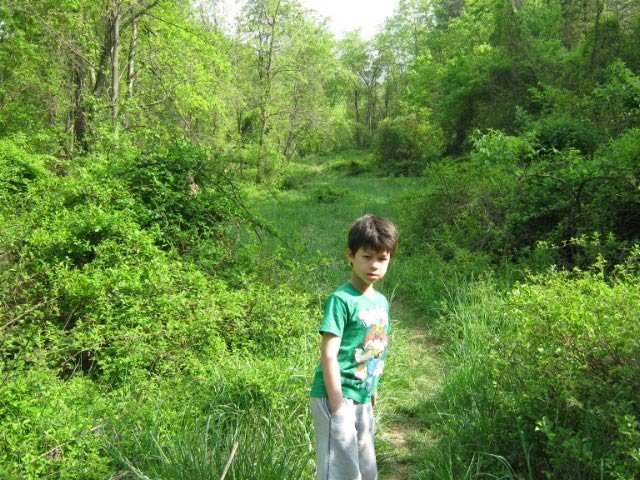 Check out this sequence of photographs showing the trail in various stages of construction (thanks Monte!)

There is already a superb system of natural hiking trails around Lake Frank.  Those trails will remain.  The paved trail may displace the natural surface trail on the east side of the lake in some places, but I’ve asked for the natural trail to be shifted over, not removed in that case.  The trail connector itself replaces an improvised, non-sanctioned “people’s choice” trail, shown in the picture above.