As I described earlier, developers have chosen the name “Pike District” for the White Flint/Montrose/Twinbrook corridor along Rockville Pike.   The name makes me think of traffic congestion, but I realize it’s hard to come up with alternatives.  The developers include Federal Realty and JBG, among the most progressive supporters of smart growth and bicycling.  So I won’t hold the name against them.  They should be applauded for involving the public in the naming process.

The developers crafted a logo for the Pike District, shown below.  It’s rather clever, really… 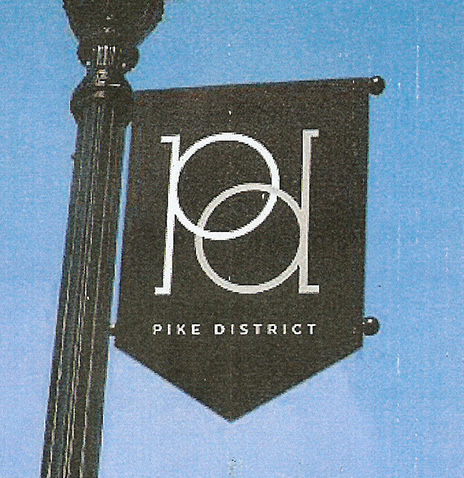 But for me, the name “Pike District” conjures up an image of bumper-to-bumper traffic, strip malls and car dealerships.  Parts of Rockville Pike (beyond the Pike District) will continue to be unpleasant for pedestrians, bicyclists and drivers alike.  To be honest, the following logo seems more in keeping with the selected name:

Also the name “Pike District” isn’t very precise geographically.  Which part of the Pike is it?  Is it even Rockville Pike?  The Pike District as described to me is shown in red on this map I created (Rose Flint?) but I think it should also include the yellow area to reach Twinbrook Metro.  We always talk about “sense of place”, so here’s a name that emphasizes geography… 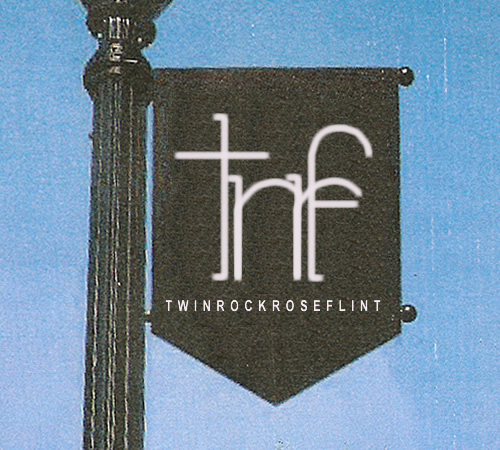 North Bethesda could fit in there too. Twinrockrosenobethflint?

However, a better name would promote the mixed use, transit-oriented vision of the corridor.  The name “Station District” might fit the bill (it reminds me of Pittsburgh’s Station Square).  Here’s a logo that evokes the Metro Red Line: 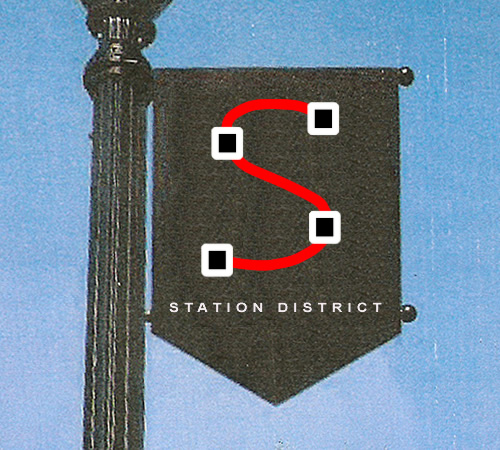 The sign below emphasizes bicycling and walking too, using a lot of clipart I don’t have the rights to: 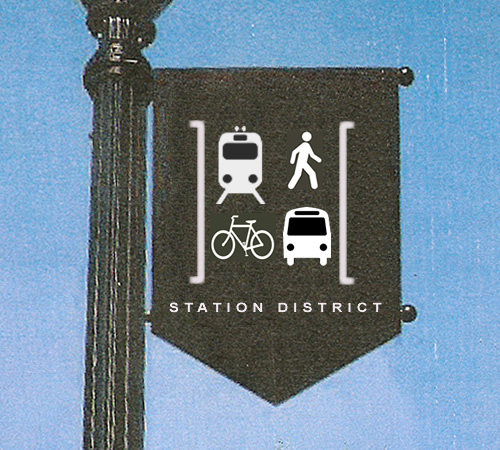 Station District logo with all modes

Other Station District sign variations are here and here.  I always try to put my money where my mouth is, so I spent over $6 to reserve the domain stationdistrict.com. 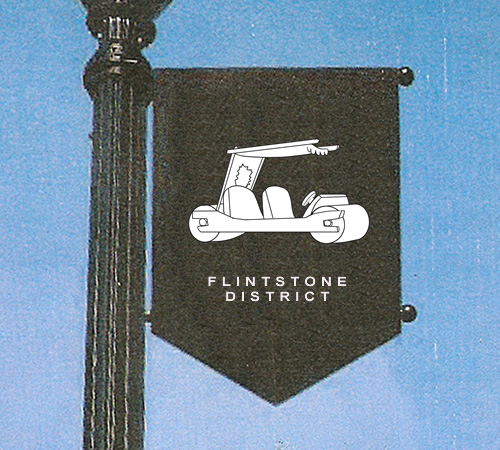 I realize now more than ever that coming up with a good name and logo is difficult.  I believe developers could’ve staged a public contest to generate lots of name ideas, then held a few meetings where attendees could pick the best one.  Maybe the county can still do that to choose a name for the entire corridor from Twinbrook Metro to White Flint Metro.

In the mean time, I’m calling it the Bike District.